Following a week of horizontal consolidation above the $436–437 level, the S&P500 (SPY) began this trading week with a small body green candle, indicating the possibility of a bounce above this critical level. The session on Tuesday posted a solid green candle, confirming that a new leg higher was probably about to come.

But unfortunately, after a small red candle on Wednesday, the market tumbled on Thursday. This time, unlike what happened in the previous few weeks, fear started to spread rapidly, resulting in another scary session on Friday, with continuous selling pressure until the close and the loss of the previous week's lows.

We are now just about at the January 2022 lows, a significant level of support coinciding with the October 2021 lows. A rebound from this level could result in a quick recovery from recent losses. A break of this level, on the other hand, will immediately result in a test of the 2022 lows, which is the last support before the abyss. 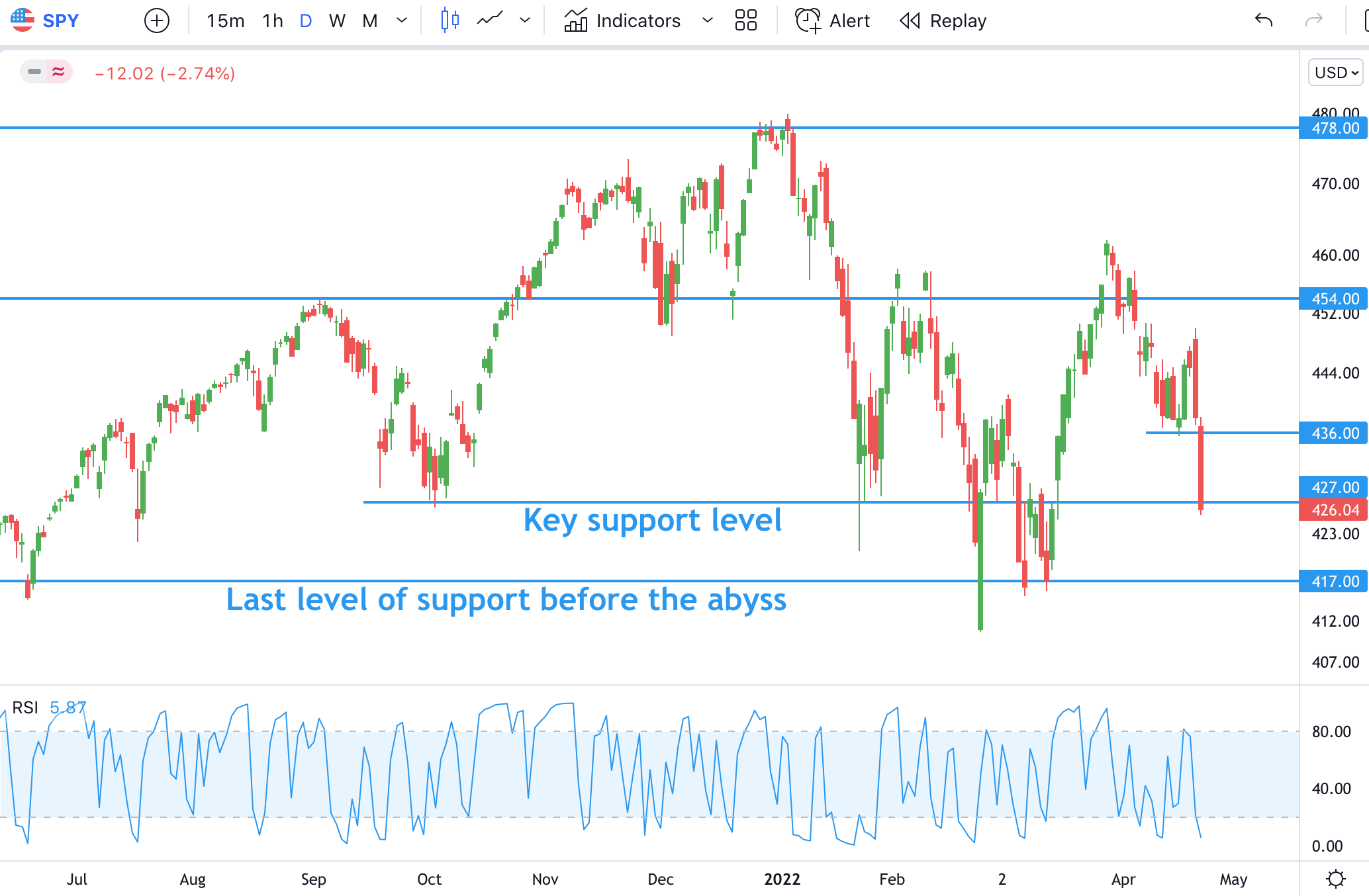 The last two sessions made the Market Volatility Index (VIX) spike and close the week at just about the 28 level. 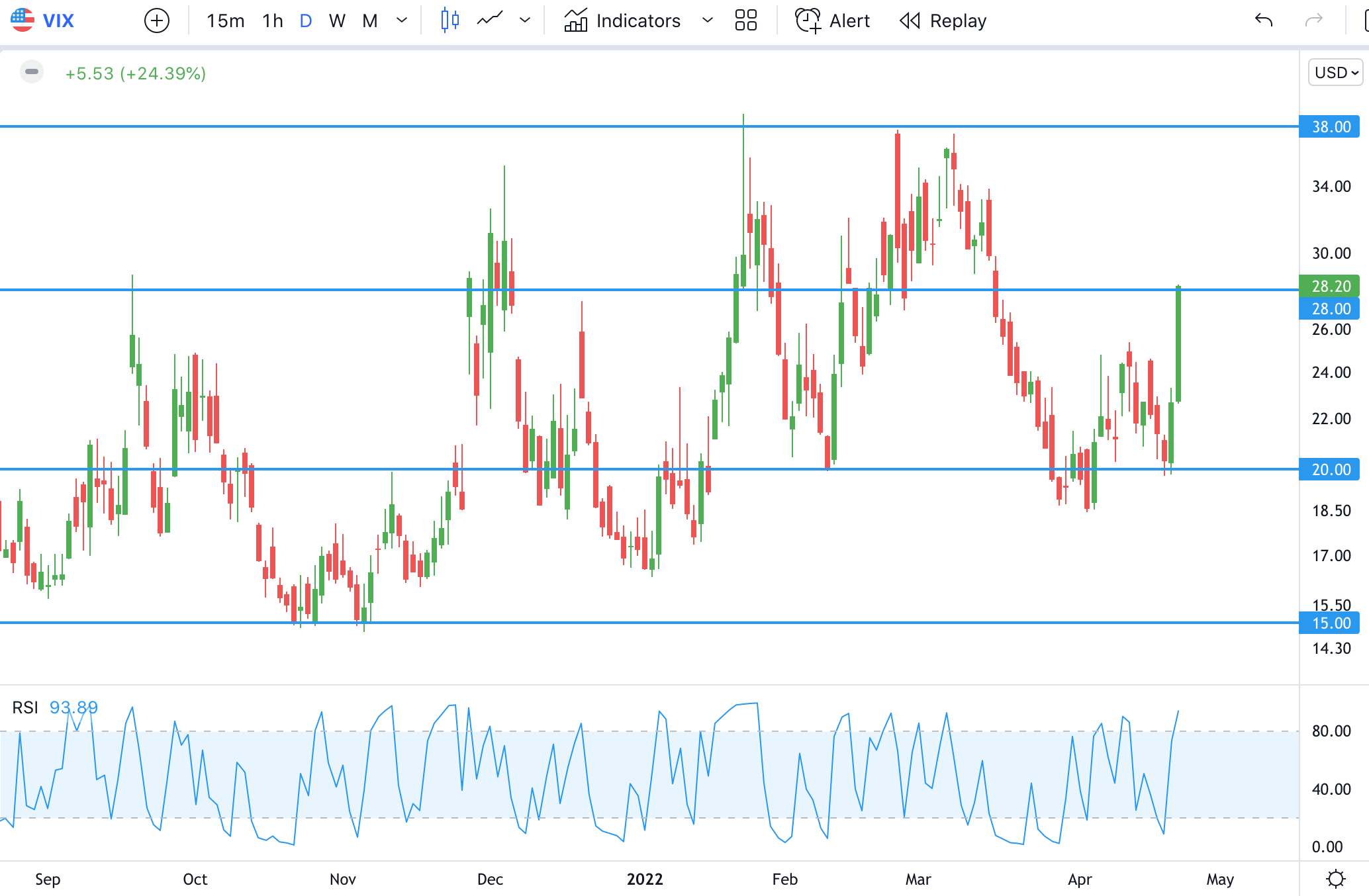 Inside the Options Trading Club (OTC), on Monday, March 28th, 2022, I started the 6K SPY Challenge, in which I allocated $6,000 of my own money to only play vertical credit spreads (both put and call spreads) on the SPY ETF. Each position has a $500 maximum risk, and I intend to open 2-3 new trades per week, with a maximum of 12 open positions at any given time.

After closing the first trade of the challenge for a nice profit, I now have five open positions. Four of them are put credit spreads, opened on different dates, with different strike prices, and with different expiration cycles.

Despite the SPY's recent free fall, none of the four open put credit spreads in the 6K SPY Challenge has reached the stop loss level. So far, time decay has been able to fight against the market pullback and keep these positions alive.

The only open call credit spread, which was initiated in the middle of this week, is doing very well as a result of the recent market weakness. This is the trade idea (and related SPY chart) I shared in real time with the members of the Options Trading Club on Wednesday, April 20th, during the trading session.
6K SPY Challenge (Trade #6)
STO (Sell-To-Open) SPY 05/20 CCS 471/476 for a $0.33 credit 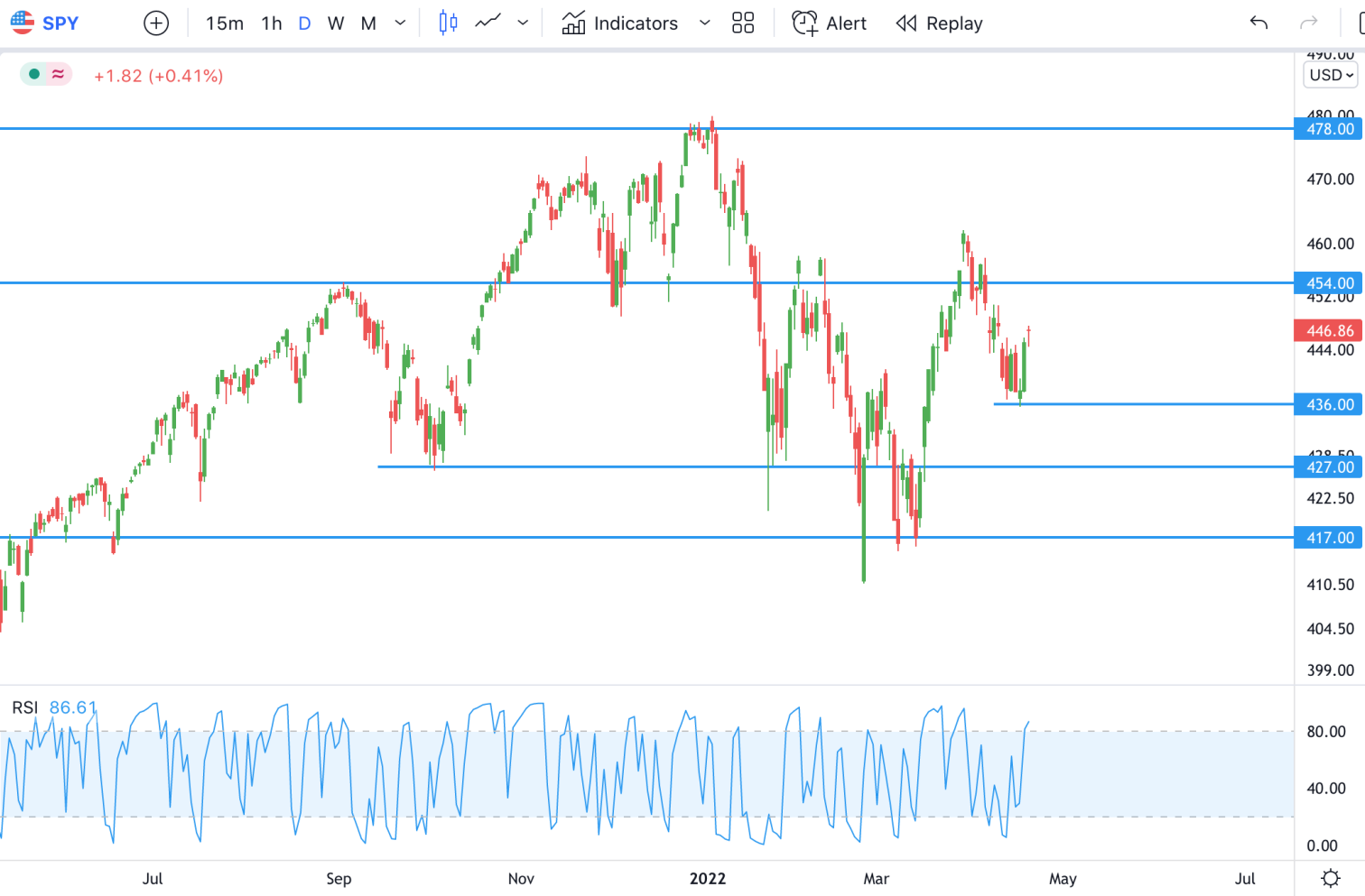 I didn't open any new positions in the last two days of the week as I wanted to wait for this sharp pullback to stabilize a bit before considering any new trades.
As usual, if you have any questions, just send me an email at [email protected]
Take care and trade wisely!
- Gianmarco